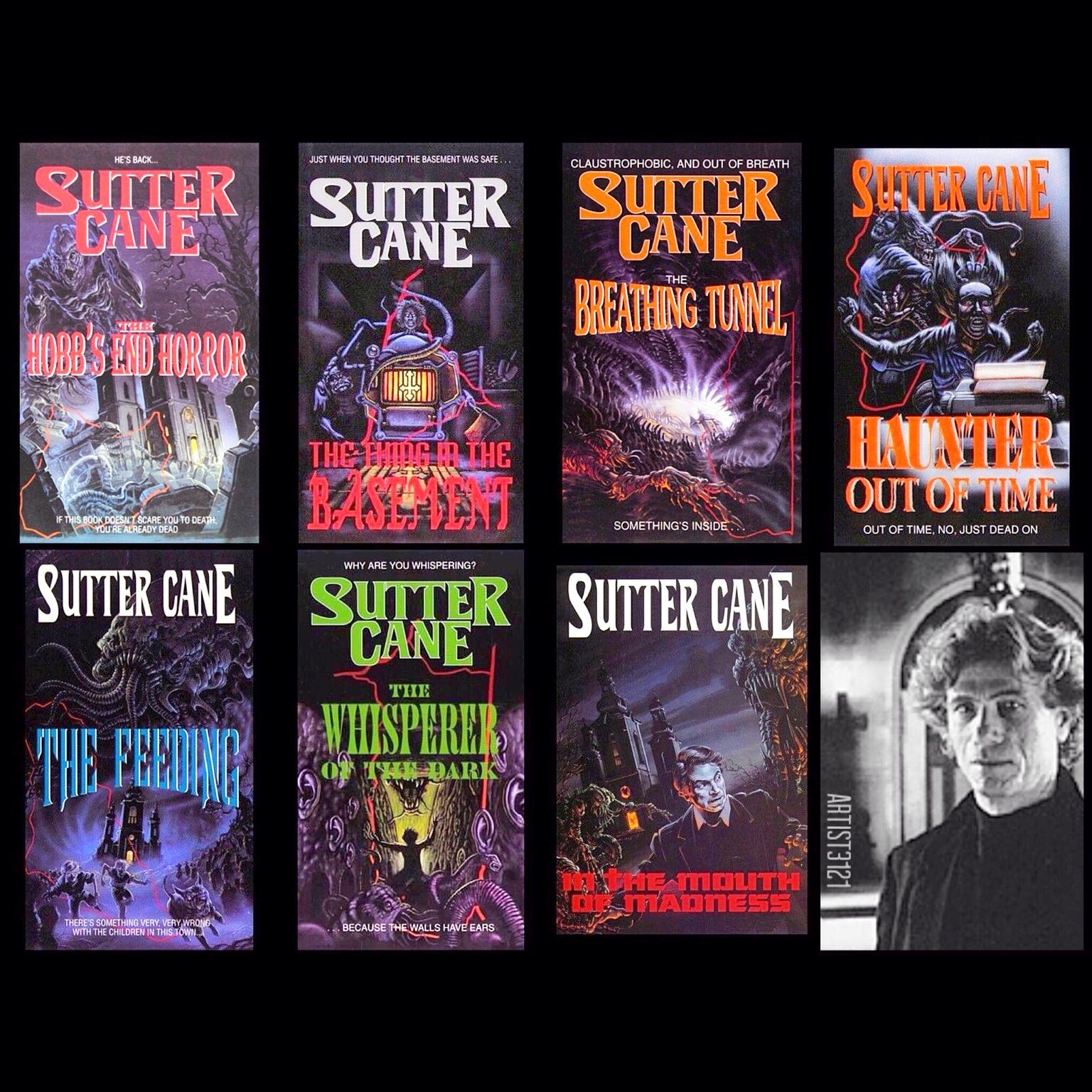 Feb 3rd was the 25th anniversary for John Carpenter’s ‘In the Mouth of Madness’, and like any good fan of Carpenter and H.P. Lovecraft, I re-watched the film that made me want to be a horror writer when I was a small tadpole. If you’ve never watched the movie you may not know the heavy-handed Lovecraft references throughout the entire thing. They are not subtle, and honestly, that’s what makes it so good. Some people debate that ‘In the Mouth of Madness’ was a terrible movie, a hack horror flick, confusing, etc. Whatever, they’re all wrong.

‘In the Mouth of Madness’ is probably one of my all-time favorite John Carpenter horror movies because it’s on a deeper level, and it delved right into the things that make Lovecraft so wonderful. Fear of the unknown, the abyss, madness, and dissent into all of those things despite our best efforts. It’s a great movie, and definitely worth a watch or two.

There are a few other homages inside the movie. Sutter Cane, for example, is a direct reference to Stephen King, even though that particular author is mentioned several times as being outsold by his fictitious counterpart. That one always makes me laugh a little and I do wonder what Stephen King thought about it. The horror world is very incestuous you see, and back in Lovecraft’s day things were no different. It’s honestly what makes Lovecraft’s fiction, and the fiction of his contemporaries who wrote alongside him, feel so real and impactful.

This revisit to a Lovecraftian love-letter got me thinking about some things Jason Colavito and Jeb Card have referred to more than once in their books and writing. That is the direct connection between Lovecraft and today’s modern ancient alien beliefs. Stick with me it’s not immediately apparent, or maybe it is, either way, it’s a fun ride.

I’m not going to spend too much time here reciting the history of Lovecraft and his horror writings, Cthulhu and the old ones. I’ll leave some links in the show notes for people who aren’t as familiar with Lovecraft as they probably should be (wags imaginary finger at audience). But honestly, if you want an excellent breakdown of who Lovecraft was and what his writing has done to society at large I definitely recommend Colavito’s book ‘Cult of the Alien Gods’.

I will give the brief breakdown that Lovecraft was a weird fiction and horror writer from the early 1900s whose greatest contribution to the genre was the Cthulhu mythos, which branched off into its own living breathing genre. We still feel the effects of Lovecraft’s horror genius today. John Carpenter was not the first nor the last to create a movie based off of Lovecraft’s ideas and writings. It is fair to say that nearly any cosmic horror sci-fi or dark ambiance descent into madness is almost always influenced by Lovecraft’s hand. For an atheist and a nonbeliever in the spiritual realm, he has quite the reach from his grave.

Perhaps the one we feel the most as archaeologists, and the one that concerns us the most here on this blog, is Lovecraft’s creation, nearly from whole cloth, of the idea of ancient astronauts coming to earth and creating the human race.

Jason Colavito spends a great deal of time in his book ‘Cult of Alien Gods’ outlining the timeline from Lovecraft’s writings to Eric Von Daniken’s. Von Daniken rightfully has the title of ‘father of the ancient aliens theory’, but Von Daniken did not come up with this idea on his own. He was subtly influenced by Lovecraft, perhaps in ways, he himself was not even aware of.

Colavito thoroughly outlines the inheritance chart starting with Lovecraft’s ideas of Cthulu and the elder gods from outer space all the way down to ‘Morning of the Magicians’ which is well known by Von Daniken aficionados as being the book from which he took many of his ideas. Following the trial from Von Daniken to the present day is a bit easier since the evidence is more accessible and visible. The path from ‘Chariots of the Gods’ to the 14th season of Ancient Aliens is documented not only in Von Daniken’s writing but via video as well. 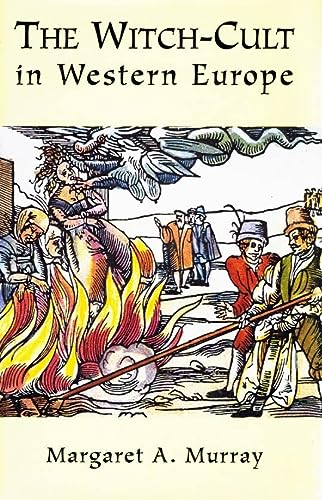 Lovecraft spent a great deal of his time writing his short fiction and developing and refining his alien cosmos. He was heavily influenced by the writings of the Theosophy Society, Margaret Murray and her Witch Cults, and Charles Hoy Fort. Lovecraft was a great fan of archaeology in his time and loved to use it in his writings. He enjoyed the horror that could be created by simply adding time and linear distance between something old and possibly forgotten to the modern era. Well, modern for his time anyway.

Many of the things Lovecraft wrote about that were so mysterious in his day are things that have been studied and refined in our time. Things like air-conditioning and cooling systems. They’re no longer so mysterious that a short story about a man preserving his immortality by keeping his apartment refrigerated would be believable. But in the time of Lovecraft’s writings, the use of the unknown was an excellent tool for creating suspense and an ominous sense of creeping horror.

Lovecraft also had his skill at blending real-world facts and locations into fiction. He understood that in order for a story to truly take hold of one’s imagination it needed to be well-crafted and anchored in reality enough to make it believable. When the real world would not provide for him the details that he needed to make his stories more real, he invented them. No other piece of Lovecraftian fiction demonstrates this more than the idea of the Necronomicon.

The Necronomicon is a fictitious book that Lovecraft wrote about in many of his short stories, and through his writer’s groups encouraged other contemporaries to use it as a detail in their books and stories as well. Thereby creating the illusion that if so many people are writing about an object, then it must be a real thing, why would so many independent authors mention it?

The answer to that question is the same as with many ancient alien theories today. Lovecraft created an echo chamber, not out of the need to have his ideas verified and repeated back to him, but because he understood that the more people who talked about something, and the less the general public understood the connection between all of those people, the more realistic that thing would seem.

Lovecraft received hundreds of letters and requests for more information on his Necronomicon. Lovecraft would patiently explain to anyone who asked, that the book itself was fictitious and not based in reality. That, however, didn’t stop people from believing that it was indeed a real book and Lovecraft was simply hiding that fact from the world. The creation of Lovecraft’s Necronomicon seems to be a cobbling together of several other unverifiable and fictional texts along with Lovecraft’s ample use of Orientalism in his writing.

Lovecraft himself did not seem to travel much, but he enjoyed reading about new discoveries in archaeology around the world. He would then take those ideas and fold them into his writing, changing what needed to be altered to make the details more thrilling. Lovecraft had a particular interest in the Middle East and northern Africa. He was fascinated with the tribalism and the vast mysterious deserts of a religion he wasn’t fully educated on.

We could take this moment and address the many problems of Lovecraft’s legacy, not the least of which was his well-known racism, ethnocentrism, and exoticism of other religions and cultures. Lovecraft was a shining example of what Edward W. Said called Orientalism.

Said defined Orientalism as the Euro-centric prejudice against Arab and Islamic peoples and their culture which is derived from Western images of what is oriental, that being mystical, primitive, irrational, and violent.

Perhaps the most perfect example of this is in his youth, Lovecraft fell in love with the idea of the Muslim religion. He even went as far as to begin dressing as an Arab and calling himself Abdul Alhazred. This particular altar-identity of his would later become the mad Arab who wrote the Al Azif, the Arabic predecessor of the fictitious Necronomicon.

The Necronomicon itself is supposed to be a book full of instructions on how to call forth and control djinn. Again dipping into religious exoticism and Orientalism to create distance between the reader and his fictitious book. Lovecraft would continue to use the same trick over and over again, not only with his own creations but with the creations of his fellow writers, working details that they created into his stories as they worked his details and their’s. This effectively created a self-feeding loop, creating the illusion of reality to readers who are unaware of the relationship between Lovecraft’s cabal of horror writers.

Lovecraft himself never believed anything that he wrote. He was a staunch atheist and didn’t believe in the supernatural. He understood the power of a good story though and was willing to use just about anything in a story if he thought it would make it more compelling. He seemed to be amused when people would come to him asking about the reality of his creations or the lore within his stories. I think he was impressed with himself that he could create something so real the people wouldn’t believe that it wasn’t.

And it’s the stubborn refusal to not believe in the fiction of Lovecraft’s creations that we encounter today when it comes to aliens. Many people aren’t aware of Lovecraft’s hand in the origins of their favorite ancient alien theory. If they are, they might fall under the category of those who believe that Lovecraft was using fiction as a way to cover up the truth.

Either way, there are several steps between Lovecraft and Von Daniken in our modern plague of ancient alien theories in archaeology. Examining them can be a bit enlightening, and possibly even help us understand better how to combat the idea of ancient aliens. If nothing else, what we can learn from Lovecraft, is that a damn good story is damn hard to forget.

If you’d like to support the site, consider donating to us on Patreon or buy us a  Ko-Fi. Either option helps us out.